The Red Square and The Bauhaus 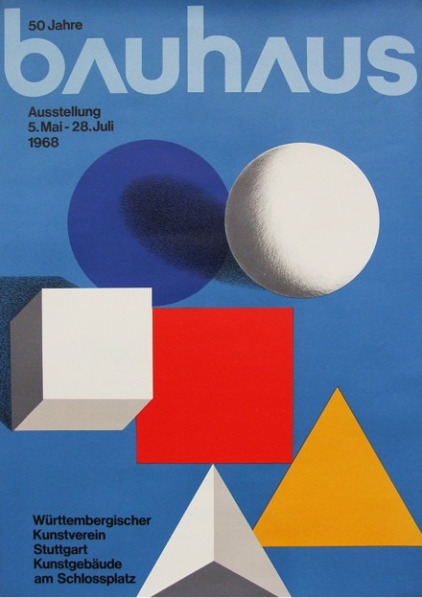 The Bauhaus was a German school of Art and Architecture active during the 1920s. During this time Wassily Kandinsky, a Russian painter, worked as a teacher and art theorist. One of his most famous theories was that he believed there was a universal correspondence between shape and colour.

To test his theory he circulated a questionnaire at the Bauhaus with three shapes; a white circle, a white triangle and a white square. He asked that respondents fill each shape with a different colour, using only red, yellow and blue. According to Kandinsky, the results which this test produced were clear and in most cases the triangle was yellow, the circle blue and the square red. This lead him to believe this colour-shape association was a common property of all human brains and his theorising was subsequently spread via Bauhaus literature and promotion.

There is a little more to the story though… He performed his experiment at his own school where he already had influence over students and other academics. It is also unlikely his test subjects, who were all affiliated with the school, were a reasonable representation of all human brains.

The test has been repeated many times with varying results in far less biased experiments. Overall they have generally failed to prove any correlation. The few tests which did have a significant positive result toward one colour-shape association often showed that the colours of the square and circle were reversed, though the triangle remained yellow. Objective evidence that his theory holds weight remains limited and it is unlikely these colour-shape preferences remain throughout varying time periods and cultures.

Nearly 100 years later though, this story lives on throughout the world today. Perhaps the spread of this theory has assisted to make it true after all.

Kandinsky and Bauhaus literature even influenced our own DIMA logo.